I was approaching the end of my first year working as a Nurse Practitioner when I suddenly became the patient instead of the prescriber.

On 12/25/2018 I was diagnosed with a severe right sided venous sinus thrombosis. I was promptly admitted to Beth Israel Deaconess Medical Center in Boston MA. The clot was preventing blood leaving my brain, causing my intracranial pressure to build rapidly. After being admitted to the ICU, I suffered from a hemorrhagic stroke complicated by the blood thinners being used to treat my first life threating illness. I required an emergency craniectomy where they removed the right side of my skull that would remain preserved in a freezer for almost 4 months. I woke up 9 days later in the ICU not realizing everything that had happened to me. I suffered numerous life threatening complications while I was comatose. My left arm was totally paralyzed and my left leg barely moved. I was almost completely blind in my right eye. I had lost the ability to read numbers and my short-term memory was significantly impaired.

Laying in the hospital bed I was terrified thinking that my career as a Nurse Practitioner was over forever. 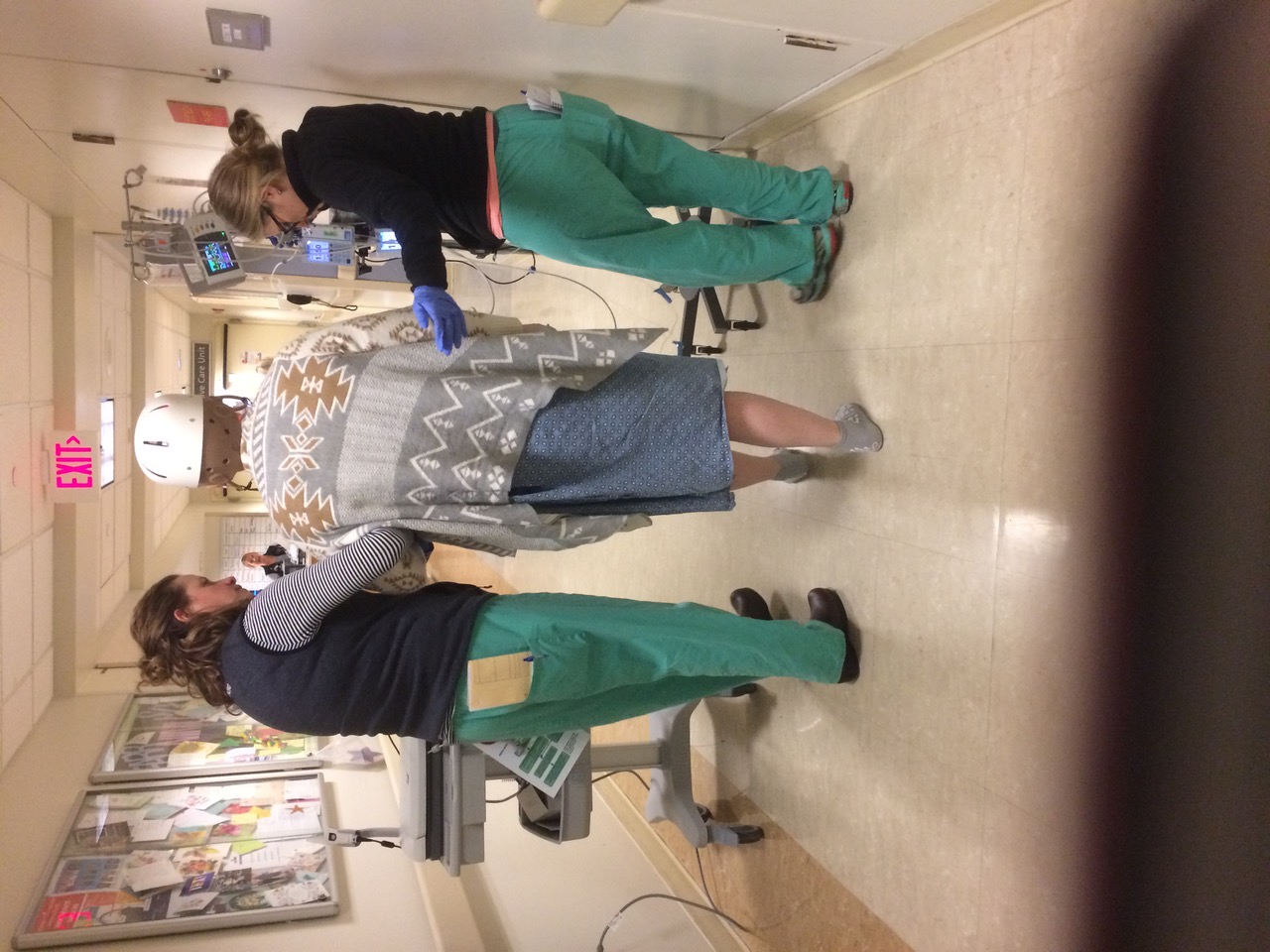 I was transferred to a rehab hospital where I received physical, occupational and speech therapy. It was here where it became apparent that the damage was not just physical. I relearned to walk, use my left arm, read and navigate the world safely while missing half of my skull. The rehab team was as determined to help me recover as I was. They gave me suggestions of exercises I could do on my own that would aid my recovery once I was home. As I physically became stronger each day, the psychological cracks became obvious. I was suffering not only from severe daily headaches, but also from anxiety and depression. I felt isolated in all aspects of my life. I felt like I didn’t belong anymore. Being the youngest patient in the rehab at that time, I was even isolated from all my older counterparts. I had older patients stare at me telling me I was “too young to have a stroke.” While my care team of neurologists, hematologists, surgeon and rehabilitation team provided exceptional care for my physical being, my psychological being was neglected. My family and fiancé did their best to support me and comfort me in a world they were not familiar with either. Survivor’s guilt set in after being told by every medical professional that it was a miracle I had survived.

The lows: What’s missing in the recovery journey

As I sat in my neurologist’s office sobbing over a month after my stroke, she tried to comfort me by saying that all of this was expected after having experienced a traumatic near death illness. Instead of comfort, I felt annoyed. If everyone knew I was going to fall apart, why didn’t they prepare me and my family, and offer support before it became so debilitating that I couldn’t leave my apartment? The psychological scars are more obvious than my physical ones today. I can sit in my office every day, treat patients and they would never know that my brain is damaged permanently. They also wouldn’t know that the smell of cherry chloraseptic spray sends me into flash backs where I feel the pain of the intubation tube in my throat. I was officially diagnosed with Post Traumatic Stress not long after I starting counseling about a month before my cranioplasty in April 2019. I have encountered patients since I returned to work with similar stories of traumatic medical experiences and they repeat the same frustrations and hopelessness I once had.

The highs: What has been most successful in the recovery journey? 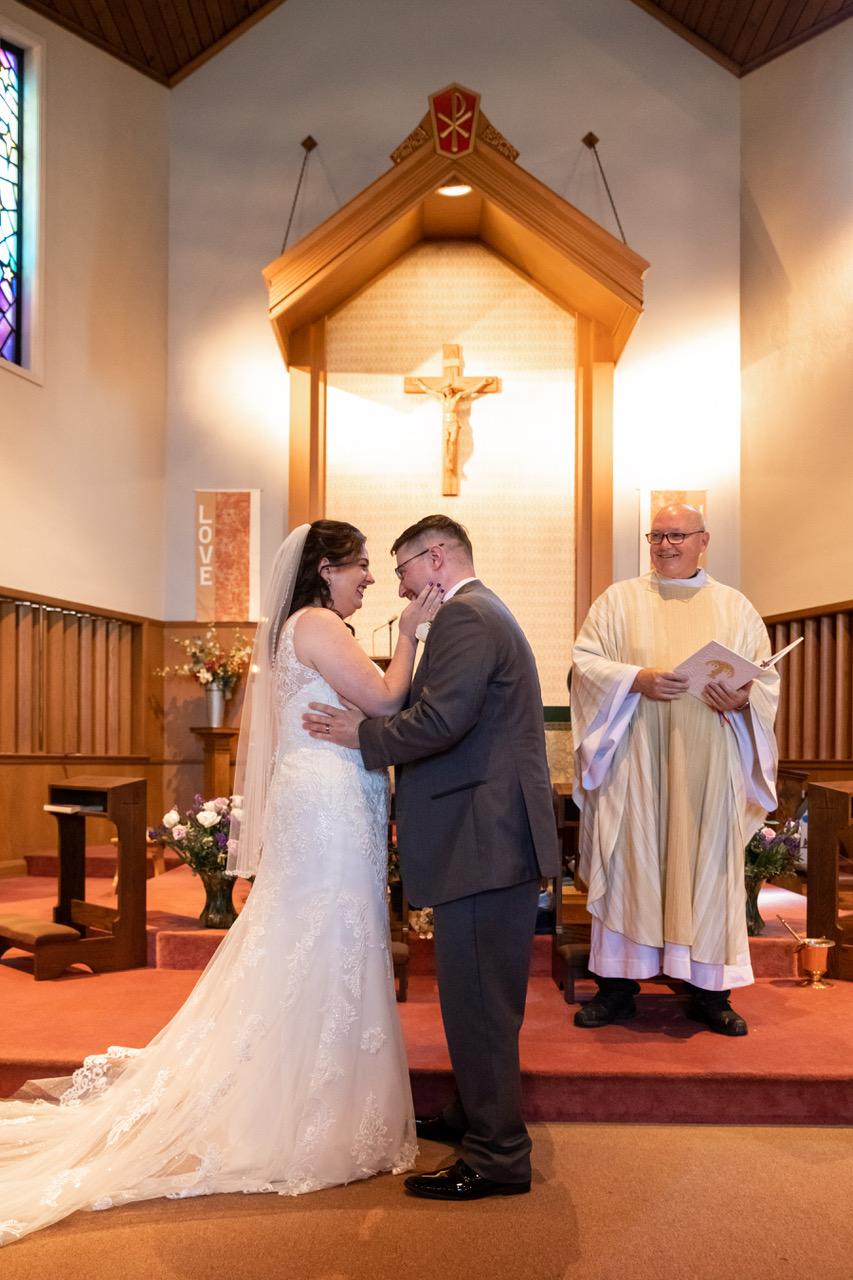 3 years later, I have gained some positives in my life. I have a better sense of myself and purpose in my medical practice. I use the experiences as a patient and incorporate them into how I talk and listen to patients. The most important thing to me is that my patients know that they have as much of a say in their medical care as I do. There were many times while I was a patient where I was talked about as a “case.” At times, I felt like a lab rat with no say, and I never want my patients to feel that way. I also developed a wonderful friendship with the emergency department doctor who discovered my clot and triggered the cascade of care that ultimately saved my life.

Advice I would give to another survivor

As the neuropsychologist I met told me as I anxiously tapped my leg and pencil in a chair, “This is not the type of test you can get a 100% on, be kind to yourself.” He was specifically referring to the neuropsychometric test in front of me, but I now realize it applies to life overall. No one can get a 100% on life. We can only try to be the best version of ourselves. If you have a hard day, don’t beat yourself up over it. The next day will come with a clean slate and you can try again. You never have to prove your strength to others because you have already done that by surviving.

Advice I would give to a caregiver

I recently had a patient tell me that her husband had just survived a stroke and she was frustrated by his lack of motivation to do physiotherapy and also that he wasn’t happy for surviving. I remember being confused myself on why I wasn’t happier for surviving the impossible. I hadn’t felt worthy of survival when many others before me had died from the same things. So, to our loved ones, I say just take it day by day and be patient with us because there is a good chance we don’t understand why we feel the way we do. We don’t mean to be confusing, appearing ungrateful or irritable. Continue to love us on our worst days and eventually there will be more better days than bad ones.