I suffered a spontaneous subarachnoid hemorrhage while I slept

I read Emilia’s story when she first published it and was touched by how strong she was after going through something so traumatic, but I never thought it would happen to me, until it did.  Here’s Julie’s story... 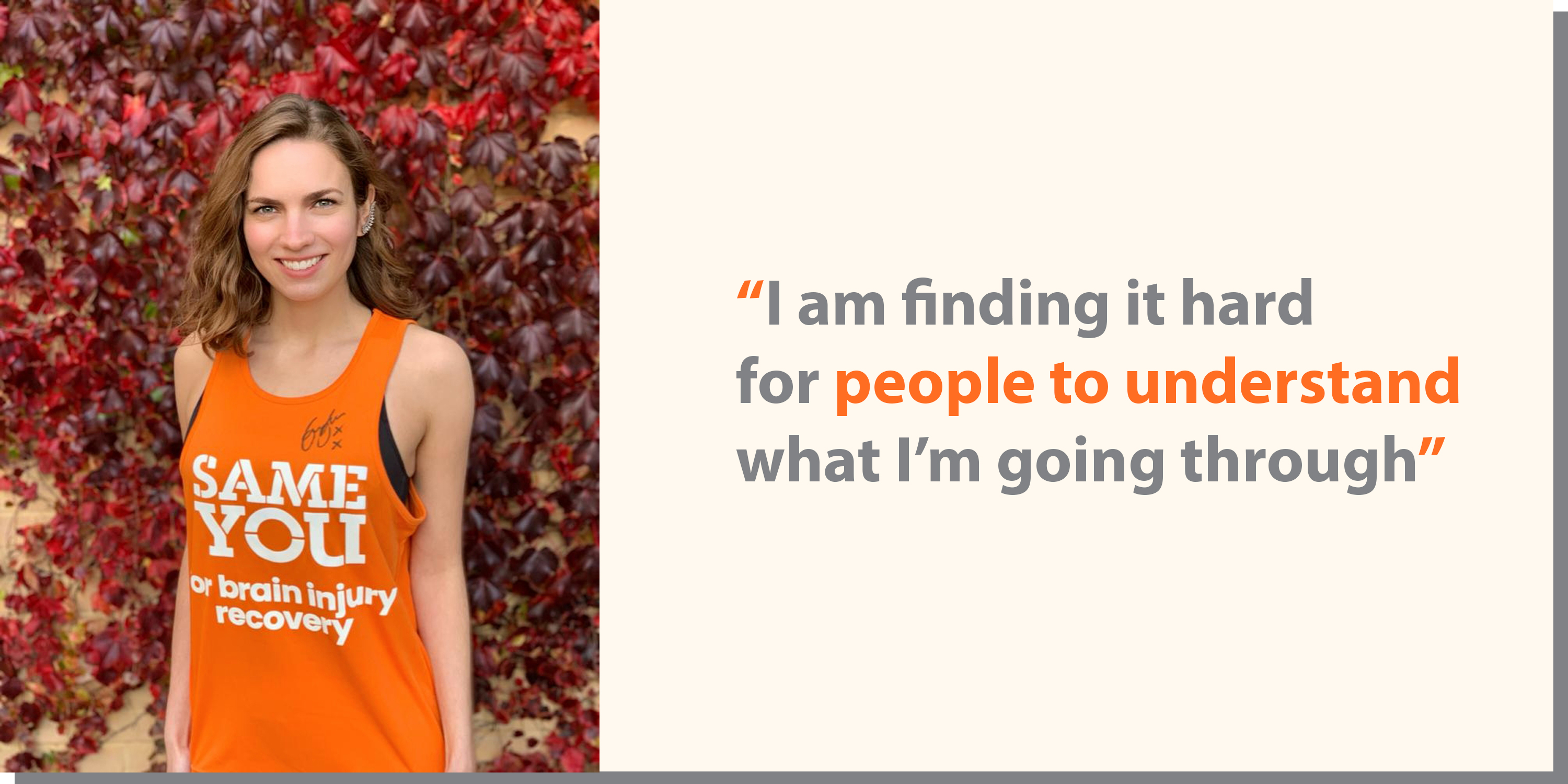 I am a 27 year old international student from Canada, and I just finished my PhD at Oxford. I read Emilia’s story when she first published it and was touched by how strong she was after going through something so traumatic, but I never thought it would happen to me, until it did.

On May 20, I suffered a spontaneous subarachnoid haemorrhage while I slept. I woke up sweating, shaking, and my head was in so much pain I thought it was going burst open. I also began to vomit continually. I am a frequent migraine sufferer and they often make me vomit, so I assumed I was fine. It never occurred to me that my brain would be bleeding.

After about 12 hours of vomiting, I contacted a GP because in the past they have been able to put me on some liquids through an IV and given me anti-sickness so I can break the cycle and help improve the headache. The GP agreed with me that, based on my history, it was likely just a regular migraine but said that in incredibly rare cases it can be caused by bleeding on the brain so they suggested a clinic in the hospital where they could put me on some fluids and also check that nothing was wrong.

That advice saved my life. I went to the clinic and they gave me things to stop the vomiting and did a CT scan of my head. I was sitting there in so much pain for a while and hoping I could go home soon, then two doctors came to see me. They said I had bleeding in two different parts of my brain, and I was immediately transferred to the neurosurgery ward and put on meds and bed rest.

I couldn’t believe what was happening to me.

The next morning, I went for another brain scan. I had two brain surgeons come and tell me that I had two aneurysms leaking into my brain and I was lucky I wasn’t already dead. They told me I had two options. Option one was do nothing and I’d die. Option two was go into surgery immediately to seal the aneurysms, and I might die. Obviously, I picked option two. They said that the type of surgery I needed was non-invasive for brain surgery, but it was sill brain surgery and because they were poking around in arteries leading to the brain there was a high risk of stroke, brain damage, and death.

My nurse that day was very sweet. She sat down next to me and gave me some tissues and told me it was ok to cry and be upset. But I had no tears for myself. I’d made my peace with it and I thought, “if I am going it die, then I am going to die.” It was completely out of my hands. As they wheeled me away my nurse said, “I’ll be here when you get back.” And I thought, “if I come back.”

The surgery went well, and they said they had to keep me for a minimum of 10 days to recover. That’s when things got really hard. My head hurt so much that not even morphine could do anything and I was told that it wouldn’t begin to start feeling better for a at least a week because the blood needed to drain from my brain. I was also on pills every 4 hours so I could never sleep, had continual needles poking me, and screams of pain and terror rang through the ward frequently. I kept getting told that I was too young and healthy for this to happen to me and that the odds of this occurring were insanely low. One of my nurses said that I had the lowest resting heart rate he’d ever seen, and I heard him say to his colleagues in the hall that I had an absolute powerhouse of a heart. I kept thinking to myself, “that’s because I’m healthy. I don’t belong here. Hospitals are for sick people. I’m healthy.” But that didn’t stop my brain from bleeding.

Because of coronavirus I was allowed no visitors or flowers and could do nothing but sit in pain and feel so alone and scared.

After about 5 days in hospital things took another turn for the worse. Suddenly, I lost the ability to move the entire right side of the body. I couldn’t lift my arm or leg which is a sign of a serious complication called vasospasm, which can result in brain damage. That was the single most terrifying moment of my life and I thought, “this is it. My brain is dying.” It only lasted a minute and I got moved back into high care where they monitored my vitals every hour. About 12 hours later it happened again, and I got put back on full bed rest and had to lie as still and flat as possible. All the progress that I had made since the surgery was gone and I felt like my recovery was moving backwards, instead of forwards. I was so scared of suffering brain damage. My whole life, everything I’ve worked for, 8.5 years of post-secondary education could be gone in an instant.

I slowly began to improve and after nearly two weeks in hospital, I was sent home. I suffered no brain damage, which is amazing, and I know I am so lucky, but I am still struggling to try and cope with what’s happened to me.

I am finding it hard for people to understand what I’m going through. I am part of a Facebook support group for people who have suffered subarachnoid haemorrhages, but most of the people are around 40-50 years older than me and I can’t relate to their experiences. Because I am young and otherwise healthy, I feel like I was just sent home from hospital and left to my own devices.

The neurosurgery nurse at the hospital has been lovely, but there is only one of her and so many patients who need help.

I live with my boyfriend who has been a tremendous help, but all my family and close friends live in Canada and are unable to visit due to the pandemic, which has been hard on me emotionally.

It is now eight months since my haemorrhage and I still suffer from chronic fatigue and concentration problems. I am back at work, but trying to be a scientist again is hardest thing I have ever had to do. Every day I have to fight to get my life back and some days I win, some days I lose. The important thing is that I am still here, and I am still going.

I am so incredibly thankful to Emilia for sharing her story and starting this charity. When I was in the hospital everyone kept telling me how brave I was, but I think a lot of my strength came from her. I kept telling myself that if she could it, then I could do it. She has helped more than I can express, and I will forever be grateful. She has been such a huge inspiration to me as I try and get my life back on track. She has inspired me to share my story publicly in the hope of helping others the way she helped me.