On November 12th, 2021, I woke up feeling fine, but while on a Zoom meeting, I heard a pop in my head and the room started spinning.

A little bit about Jaqueline

My name is Jacqueline, and I am a choreographer/dance teacher living in NYC. I've always been very healthy, with the exception of an occasional low-grade migraine, which I chalked up to genetics since both my father and sister get them as well. On November 12th, 2021, I woke up feeling fine, but while on a Zoom meeting, I heard a pop in my head and the room started spinning. Initially I thought it was just vertigo, but when I tried to speak, every 3rd or 4th word was a bit slurry.

Although I was cognizant of what I was trying to say, it was an effort to make sure the words were coming out correctly.

I ended the meeting and called an ambulance because I began vomiting fairly aggressively due to the non-stop spinning of the room. My balance was also completely off and I remember thinking that I might have to crawl to the door to be able to open it for the EMT’s. Instead, I opted to cling to the wall of my rather long hallway every step of the way.

Once at the hospital, I got a scan but it didn't show any bleeding. I was transferred to a stroke unit at another hospital, where an MRI was scheduled for the next day. This time, it did show that I had a cerebellar stroke. The doctors quickly ruled out high blood pressure, diabetes, and high cholesterol as the cause, so their hunch was that the stroke was due to a possible heart issue. I was skeptical because I never had any inkling that something might be wrong with my heart.

As a dancer I have certainly done my fair share of strenuous physical activity and always prided myself on my strength and stamina.

However, the doctors were correct and an endoscopy showed that I had a Patent Foramen Ovale (PFO), which is basically a hole in the heart. My structural cardiologist determined that I would be a good candidate for a PFO closure and in March 2022 I had that procedure done. 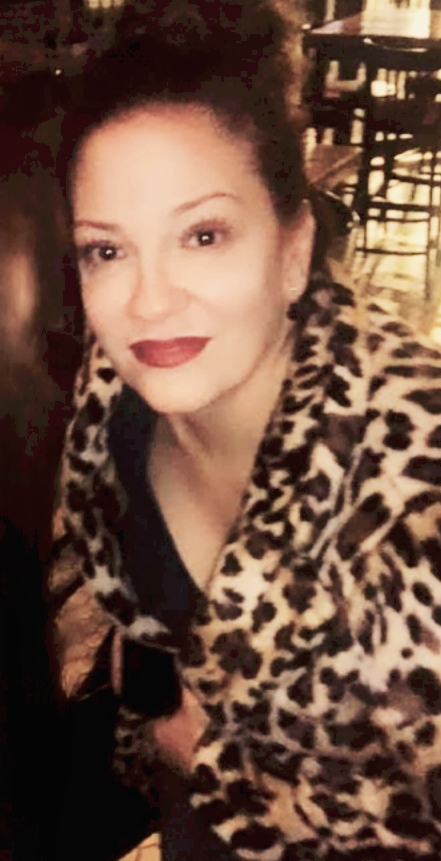 I have no deficits from the stroke, and for that, I am so grateful. However, I did have to go to physical therapy for about six weeks to strengthen my right leg and about four occupational therapy sessions to work on fine motor skills with the right hand, issues that have been resolved now. I am also so thankful for the stellar physical care I have gotten. My team of doctors has been extraordinary. I have a neurologist, a structural cardiologist, an additional cardiologist, and a primary care doctor who is in the loop. As stated, I am a choreographer/dance teacher, and I am infinitely relieved that I can continue that path since dance makes me the happiest in my life.

The highs and lows

Focusing on art and creating has been a blessing and has helped immensely in my recovery. I cannot say that I am happy that I had a stroke; however, I will say that I try to always focus on the positive.

This experience has allowed me to appreciate the nuances of all types of disabilities fully.

For instance, I may look fine on the outside, but I may not be 100% as far as brain function on a particular day due to fatigue or anxiety. I now have much more patience for others because one doesn't know what they may be going through on the inside. One issue that I still struggle with is PTSD.

As thorough as the care for my physical being has been, I feel that the emotional toll from a health trauma isn't as adequately addressed as it should be since it can affect recovery. I've had a great deal of difficulty trying to discern between a (new) "normal" sensation.  Examples of this include a new type of headache that I may be experiencing for the first time or anxiety manifesting itself in the form of a physical symptom. It is a bit of a vicious circle all culminating with my biggest fear of a second stroke. Needless to say, there have been several ER visits because my anxiety or fear has gotten the better of me.

Advice I would give other survivors

The most valuable piece of advice that I can give to anyone dealing with a brain injury is to be patient with yourself. I know that your new normal can be overwhelming but time really does heal.

Understand that hope is never lost because the brain has miraculous ways of recovering and the smallest of improvements are cause for celebration.

Do not be afraid to be afraid, do not be embarrassed to lean on others, and above all else, focus on positive stories. When this first happened, I would scour the internet and read as much as I could about strokes, but that can be so daunting and self-defeating. I instead began searching for stroke survivor stories and there are SO many out there. And guess what, if you’re reading this YOU ARE A SURVIVOR.