In May 2019, aged 32 years old, I contracted encephalitis. It started as a headache at the base of my skull, dizziness and vomiting. The hospital diagnosed me with migraine and vertigo before sending me back home.

A little bit about Jenny

My name is Jenny. In May 2019, aged 32 years old, I contracted encephalitis. It started as a headache at the base of my skull, dizziness and vomiting. The hospital diagnosed me with migraine and vertigo before sending me back home. Two days later, the symptoms had worsened. I was eventually diagnosed with viral encephalitis and taken to surgery where an external drain was attached to my head. When the drain was later removed, it was clear that it hadn’t worked and that I needed more surgery.

I was fitted with a VP shunt; a contraption that aches sometimes, just to let me know it’s still there. There was nothing extraordinary about my life. I was a mother, a wife, a daughter, a sister, an aspiring children’s author who lived in County Antrim with inflammatory arthritis and a hell of a lot of anxiety. But now, everything feels extraordinary.

I hate being one of those people who says that a near-death experience changed their lives, but it has.

The recovery was brutal, there’s no other word for it. My children were only four and six at the time and (thanks to my husband and parents) had little understanding of the seriousness of what had happened. In fact, my daughter is still angry that I missed her sixth birthday which occurred while I was in ICU.

I could barely walk, the muscle wastage from five weeks in hospital was something I hadn’t expected. Neither were the headaches, memory issues, and the steroids. Dexamethosone. That word will forever haunt me and make me insanely grateful at the same time. I put on two stone in less than two months, I had acne, facial hair and my mood swings were like nothing I’d ever experienced before. I hated that I had these feelings of disgust at my appearance and that I wished for my old life back, because I’d almost died.

Surely, I should just be grateful to be here? And I was.

I am eternally grateful to the NHS, to all the doctors who helped save my life. But when I left the hospital, I didn’t feel like ‘me’ anymore. I couldn’t write, not properly anyway. The novel I was working on was put on hold. I didn’t look like me, I couldn’t think like me. For a long time, I couldn’t read to my kids at night, take them places, or go for walks. The guilt was unbearable. I had nightmares. Ones where I’d wake up and ‘see’ spiders everywhere, mice in my room or the world on fire.

Despite having an incredible support network, a retired GP as a father, a mother and husband who couldn’t have done anything more, kids who just wanted me to be me again, and an incredible group of friends and extended family, I have never felt so alone in my life.

I phoned the meningitis helpline in tears, just to talk to someone who might understand. Meningitis because that’s what they thought I had (as it turned out, I didn’t.) After my recovery, I was so pleased to see SameYou trying to address some of the shortcomings regarding mental health aftercare.

Some of the highs 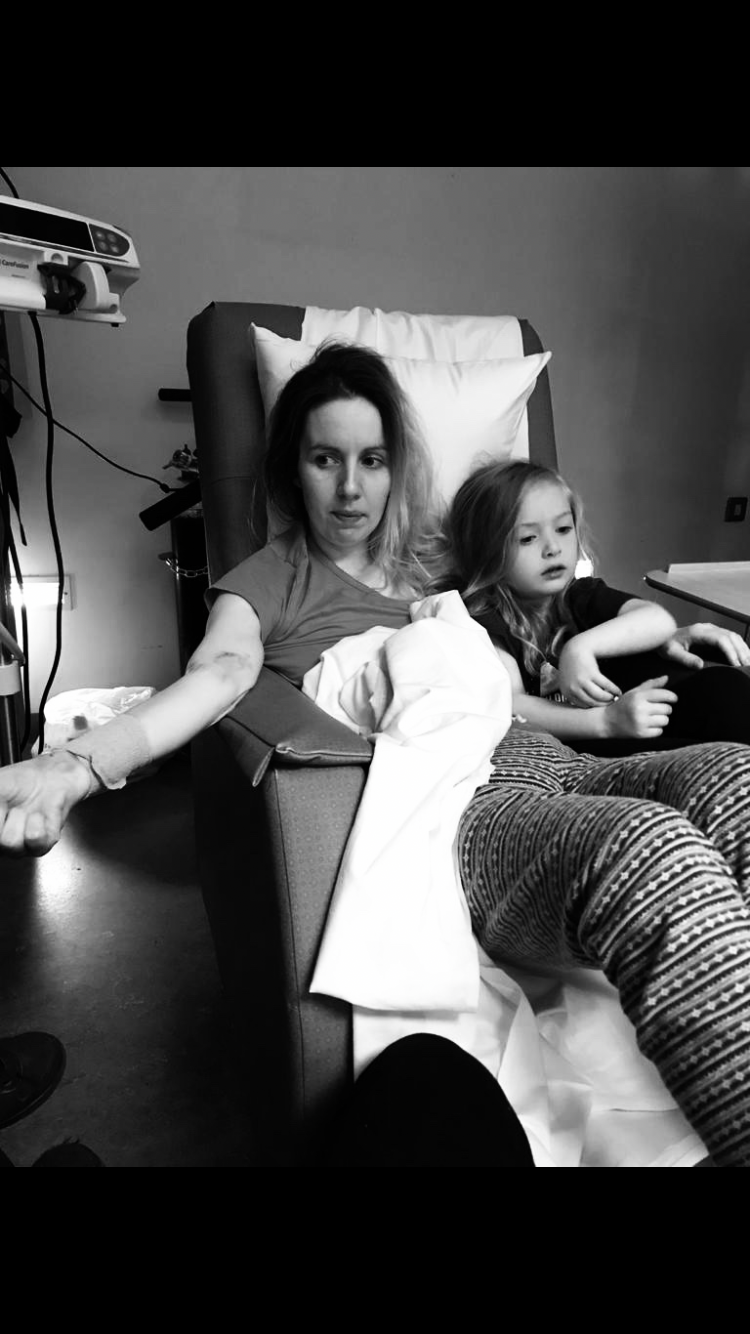 It wasn’t until at least a year and a half after surgery that I began to feel like myself again. Maybe not the version of me that I was before, but something different. Perhaps something better? Covid hit and I entered the Penguin Write Now Mentoring scheme with my Young Adult novel. I won a place to work with a Penguin Editor on my book. The anxiety that I lived with my whole adult life has largely disappeared. I don’t know whether someone poked something in my brain while they were in there, or if it’s some subconscious perspective thing, but I choose not to question this newfound calm. I can find joy in the little things.

Feeling lucky in this new world

Now my favourite place in the world is the school run, picking up kids who are still too young to be embarrassed to smile when they see me. For me it’s been an ill wind that blows no good. I consider myself lucky. Lucky that I’m here and that I have no serious ill effects from the encephalitis. Lucky that I’ve been given an opportunity to change my state of mind, letting me appreciate life and see without any doubt what is truly important to me. Family, friends, writing, that’s it...and our dog.

My life feels like a dream now. Like I got into a theme park for free so I might as well enjoy it before someone figures out that I’m not supposed to be there.

The whole experience has truly made me see how fragile life is, but also how beautiful it can be.

My debut novel The First Move will be published by Penguin Children in May 2023.