I’m a congenital arterial-venous hemorrhage stroke survivor from a rupture in 2016. The rupture knocked me out in my own home leaving me untreated for 20 hours before being found and rushed to the hospital.

A little bit about Ken

I’m a congenital arterial-venous hemorrhage stroke survivor from a rupture in 2016. The rupture knocked me out in my own home leaving me untreated for 20 hours before being found and rushed to the hospital. Six months later I had a second craniotomy to remove 99% of the AVM that could not be captured in that first angiogram. I am now living with a weak side. I live my new and better life being a left-foot driver (driving with the right is obviously too basic!)

I lived alone at the time of my stroke. It happened on the night of January 21st 2016 in Hong Kong and I was pending to take a flight the next night for a surprise birthday party for my friend in Toronto.  I was an airline employee so naturally, I had colleagues that had access to the systems.

When I did not show up for work, my colleagues had the opportunity to check flight systems to confirm whether I had boarded the flight. When I was confirmed to be missing, my colleagues reached out to my friend on social media to inquire my whereabouts.

She went to my home to look for me after work and found me unconscious and locked in the apartment. They then broke down the lock and rushed me to the hospital.  I had a quick procedure on 22nd of January 2016 to relieve the intracranial pressure and a subsequent procedure to temporarily remedy the issue. 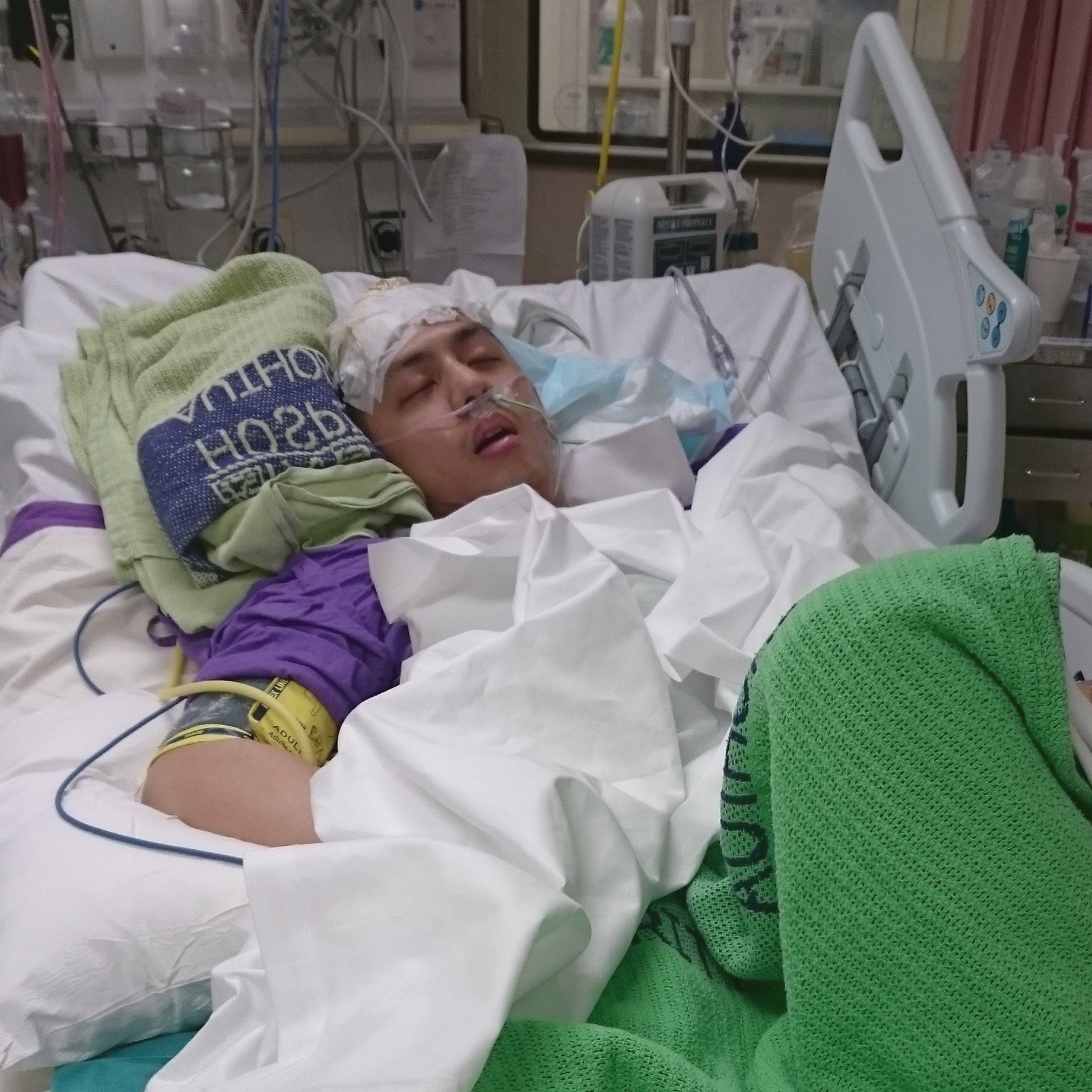 On the 25th January 2016, I had the first craniotomy performed to remove the AVM. I was sedated for almost 2 weeks post-surgery (which induced subsequent memory loss). This procedure had removed much of the AVM that was captured in the scan, but there were some AVM that were located between the lobes of my brain that were hard to reach, which was confirmed by an angiogram that was performed in June 2016. This led me to undergo a second craniotomy in July 2016. I quickly came out of the second procedure and returned to my IT job position in October 2016 on a part-time basis before going full-time in January 2017.

Needless to say, the hospital had prepared my family for the worst and I was said to have beaten the odds, miraculously coming out of the hemorrhagic stroke with invisible deficits.   Today I am living a new normal life as a left-foot driver with a left-foot accelerator aid prescribed by my physiotherapist.

A quote that has helped me in my recovery journey

“Live every day like it were your last because someday you are going to be right” This inspires me to treasure and make use of the time we have before it’s taken away.