I am a survivor of an inoperable benign brain tumor. They gave me two weeks to live but I was blessed with a wonderful doctor who was able to get the brain tumor completely removed from my head.

A little bit about Lizzy

I am a survivor of an inoperable benign brain tumor. They gave me two weeks to live but I was blessed with a wonderful doctor who was able to get the brain tumor completely removed from my head. Even though I did survive the brain tumor, I unfortunately had many challenges during my recovery.

I had to learn many things all over again that I had already learned when I was little.

I struggled to do things others could do and there are still things I cannot do. I also survived a small stroke. I deal with high blood pressure and to this day, I am on several heart medications.

I’ll give all the credit and glory of my recovery to the Lord Jesus Christ. I feel that the Lord sent me something to help me during my recovery that also helped me deal with school bullies. He sent me “Sonic the Hedgehog” which helped me with recovery and also became a friend since I really didn’t have any friends in school. 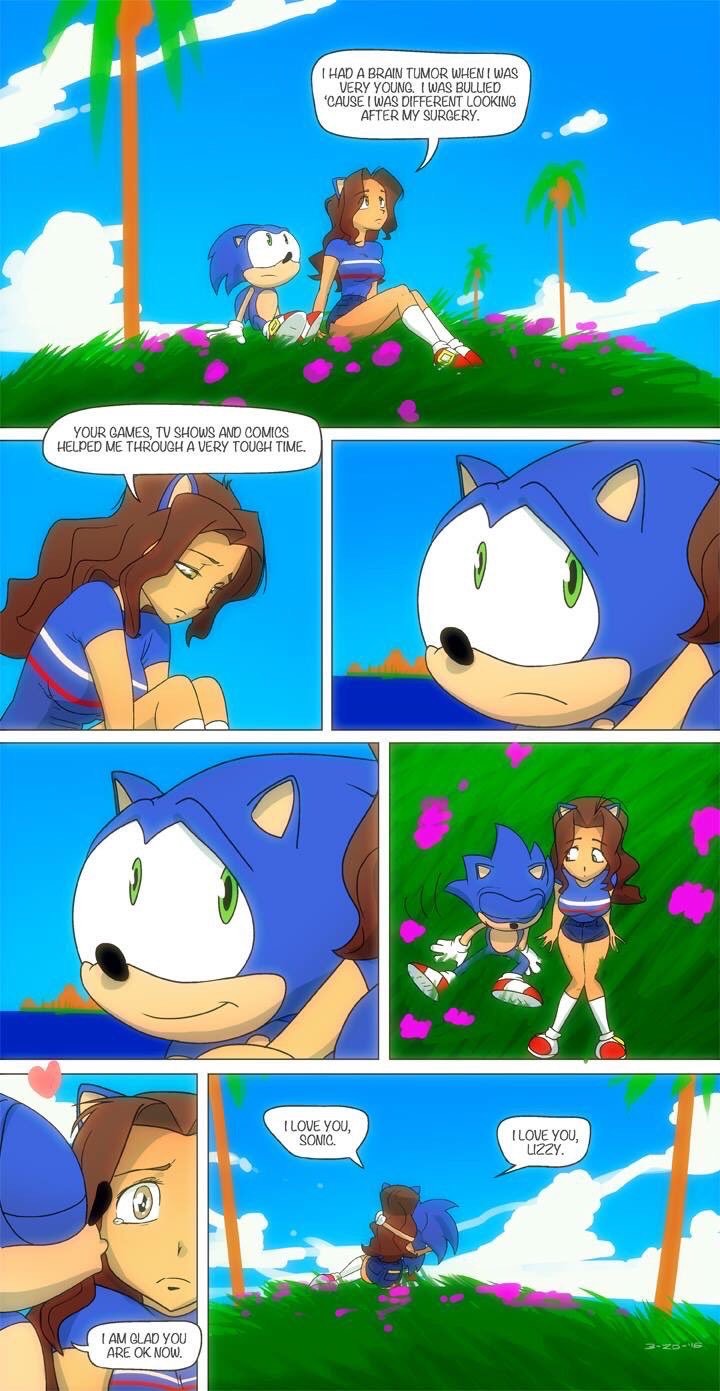 One of my goals in life was to share my brain tumor survivor story with the world and hopefully raise brain tumor awareness. I feel the story is important to share with the world and Emilia Clarke’s courage inspired me to do so. In the early 90s, before my brain tumor was discovered, three different doctors assumed that I had very bad migraines & headaches. It never occurred to anyone that it might be a brain tumor until it was nearly too late. By the time we got to the fourth doctor who found the brain tumor near my brain stem, they gave me two weeks to live. I was taken to Texas Children’s Hospital and they immediately had to run CAT scans, MRIs, fill me with medication to get me strong enough to have the surgery

The mystery the doctors didn’t understand was where did the brain tumor come from?

Back in 1993, there wasn’t much on brain tumors so doctors did not know where it comes from or how it develops. Many thought I had a migraine headaches. Even though the surgery was successful, it was a difficult recovery.

How the tumor affected me as a child

I was 11 years old, an age where young girls should be focused on other things besides having to learn simple skills all over again. Having to start junior high school while recovering from the surgery was pretty hard. I also had to deal with bullies at school. Kids did not show interest in understanding what was wrong with me and would either ignore me or make fun of the limitations I had, especially during PE classes.

How video games helped me during my recovery 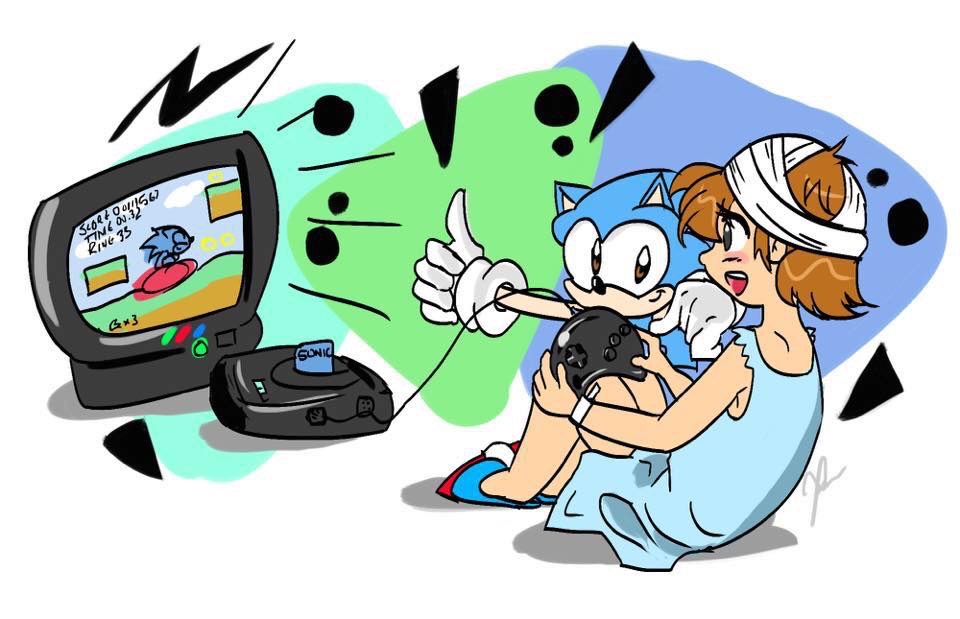 There were days I did not want to go to school and one day in particular I got the opportunity to stay home with my parents. My parents took me to the store and that is where I discovered a new video game console I had not seen before. That would be the Sega Genesis console. I also discovered a brand-new video game character, named “Sonic the Hedgehog”.

I did not know it at the time but this character would change my life forever. The Sega Genesis controller was much different than the Nintendo controller.

I was dealing with hand eye coordination problems and this controller was helping me get better.

Sonic the Hedgehog would help me focus & improve my memory. I began to feel calmer and happier whenever I played the game. I was not very good at first, but I was now focused and determined to beat the next zone in order to see what happens next.

Sonic the Hedgehog also began to help me rebuild my confidence. Whenever I beat a zone or beat a game, I felt great. I felt like I could do anything and I could get better each day. The character Sonic himself was a character that I admired very much. He made me laugh, he made me happy, he just was something special.

He felt like a blue guardian angel to me. There was something about Sonic that got me through the rough times of surviving a brain tumor. I had no idea how difficult recovery was going to be, especially when going to junior high and high school. There were days I wished Sonic was real. I know he would’ve been a real friend to me when others would not.

What can I say? Sonic the hedgehog helped me heal and made my day better.