I was 33 years old when I had a Non-Aneurysmal Subarachnoid Hemorrhage. I remember the exact moment it happened; my mouth lost all its saliva, and I became dizzy. I went and sat down and immediately felt a sudden rush from my spine to the top of my head.

A little bit about Mark

My name is Mark, and I am from Albuquerque, New Mexico. I was 33 years old when I had a Non-Aneurysmal Subarachnoid Hemorrhage. Thankfully, I was playing basketball when it happened. It’s scary to think about it, but I had a nap that day and the doctors said that had it happened then,  I may not have woken up.

There was no impact of any kind during the game that would have caused this. The doctors believed I must have been born with it and it just happened to occur on that day and at that time.

Memory of the event

I remember the exact moment it happened; my mouth lost all its saliva, and I became dizzy. I went and sat down and immediately felt a sudden rush from my spine to the top of my head. It was painful. I then became extremely dizzy, lightheaded, and began to sweat profusely. I thought I was only dehydrated and an IV would cure it, so I was rushed to the hospital by my brother-in-law. In the ER waiting room, my left eye stopped moving and it caused me to have double vision for the next 3 months. The last thing I remember was asking the doctor if I was having a stroke.

My brother, who is an ER doctor, rushed to this hospital to see what was going on and worked with the doctors there and had me transferred to the Neuro-ICU at the University of New Mexico Hospital.

I would spend the next 26 days there. I mostly remember this stay because of the stories and pictures from my family and friends. This was one of the most challenging times in my life.

During this time, I caught pneumonia, I self-extubated, and I’m sure I made things more difficult than they should have been. I also apparently became a comedian and made some friendships with the nurses that I will cherish forever. I feel like if anything was going to go wrong, it went wrong.

Support from the hospital staff

Of all the horrible events that happened, the doctors and nurses knew exactly how to handle it. It is amazing how they did it. I compare it to building a 1,000-piece puzzle upside down and getting it exactly right on the first try. I owe my life to those amazing people.

I do feel like this injury took everything from me, but for some reason it kept me here. I had to learn how to walk and function again through physical therapy, I lost a lot of weight, I lost all my energy, I had survivor's guilt, and worst of all, I developed daily minor headaches that continue today, 5 years later. It has also taken a lot of hard work to regain my strength, focus, and memory.

Immediately after the injury, I was only able to focus on one subject. My mind couldn’t do more than that. Over time, I’ve developed strategies to help myself.

I utilize notes in my phone, I make calendar invites, and I continually challenge myself with trying to learn new things. If I don’t write it down, I’ll likely forget it.

Unfortunately, these changes also cost me my marriage of 18 years. Only being able to focus on one thing doesn’t allow you to multitask very easily. However, I am thankful she was there during my hospital stay, as she took really good care of me. I feel like she had it worse than me. She had to see everything I was going through and I felt like I was only a shell. 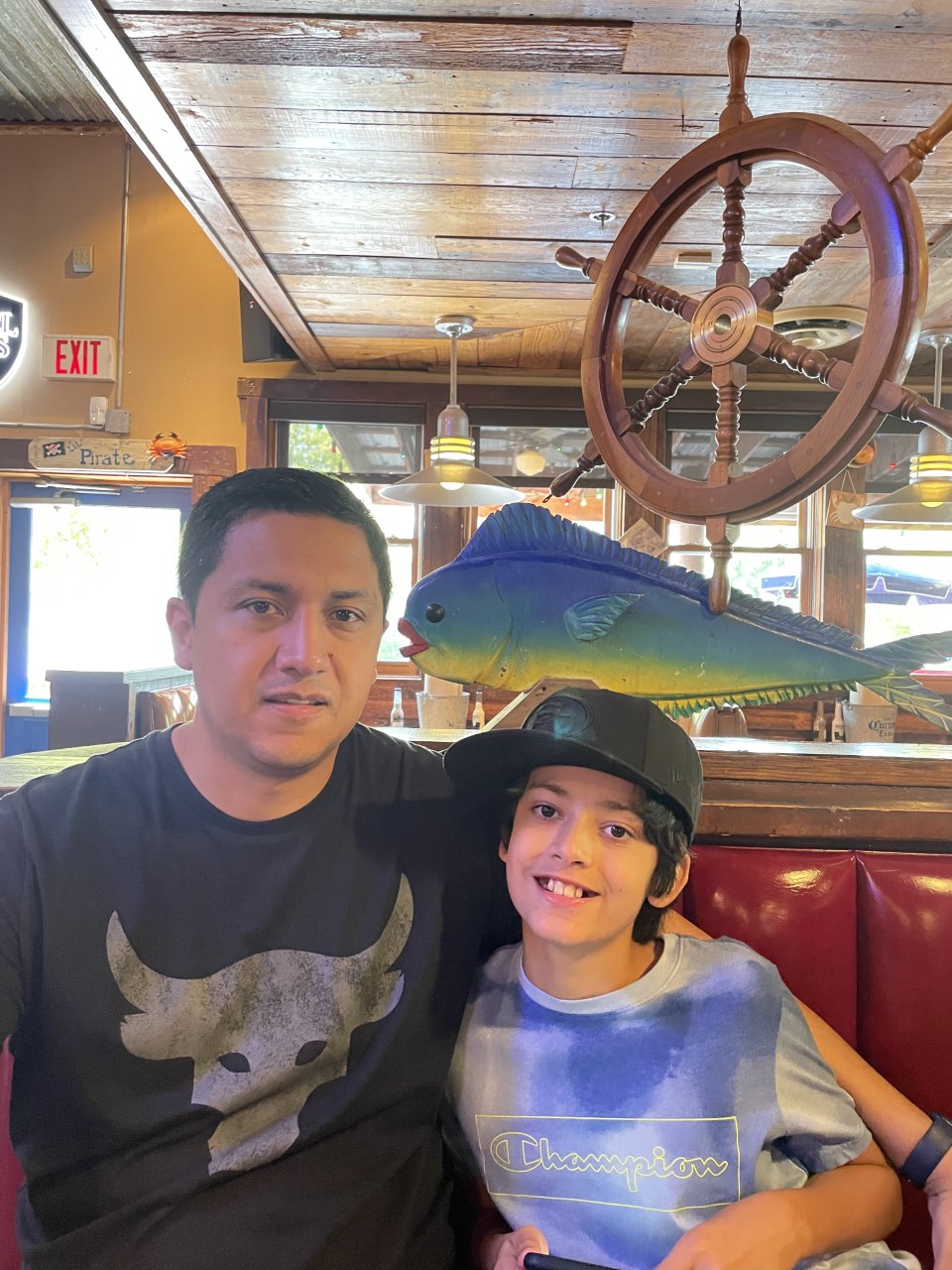 I am now 5 years on from the injury, and you would never know I had this injury if I didn’t tell you. I am extremely fortunate not to have any physical or mental affects. My energy still hasn’t fully recovered, and the daily minor headaches are still there, but that could be due to several factors. I can work out for longer times, play basketball, and my memory is only getting better and stronger. It has taken a lot of hard work, but it can be done.

My learnings for others

If this journey has taught me anything, it is to never give up. Sometimes I wish there was someone to talk to that has gone through a similar injury, but it is hard to find anyone like that.

It’s a very isolating and lonely world post injury, but you can’t lose yourself.

I am here for a reason and I must keep pushing every day. I get to see my son grow up and he’s really the greatest thing to live for. I know I could never repay the doctors and nurses in that ICU, but every year on the anniversary date, I take them treats. It is the smallest thing I could do for what they did for me. I am forever grateful for that group of people.