In 2016, I was doing well at work in Scotland, and I was about to start a new job in Cornwall when about a month before I was due to start, I had a stroke.  I was aged 30.

A little bit about Ruth

In 2016, I was doing well at work in Scotland, and I was about to start a new job in Cornwall when about a month before I was due to start, I had a stroke.  I was aged 30. When I woke up in the morning, my head felt ‘heavy’. I got half up, noticed my right arm was completely numb, then crashed to the floor. I dragged myself to my door and tried to reach the door handle. I called garbled nonsense and Dad opened it. He thought I'd had a “bad dream”. But when my Mum came back from swimming, she called 999. I was promptly whisked off the hospital, and they gave me a thrombectomy. I was in the hospital for two weeks, for physio and speech therapy.

A week after I left hospital, I started feeling suicidal. I had always been a very cheerful, happy lady. I resisted the urge to kill myself at first, but 3 weeks on, I was badly suicidal, screaming for hours each day. I felt completely out of my control. I was very emotional but couldn’t even cry, despite my desperation to do so. One night I ran away to the railway tracks at 3am, realised I urgently needed help and called 111. I was taken to the hospital, put on an antidepressant and I started to get a tiny bit better within a few days.

I had my second stroke in the mental health unit, so they just whisked me upstairs to the stroke unit!

The strokes occurred because I had a single-ventricle heart from birth. I required a Fontan operation. I had also developed colitis in my late twenties and when my colitis flared up, it impeded me from absorbing my warfarin pills which were required to manage my heart defect. These pills were needed to thin my blood, so with the warfarin not being absorbed, clots formed and triggered my strokes.

Support received during my recovery 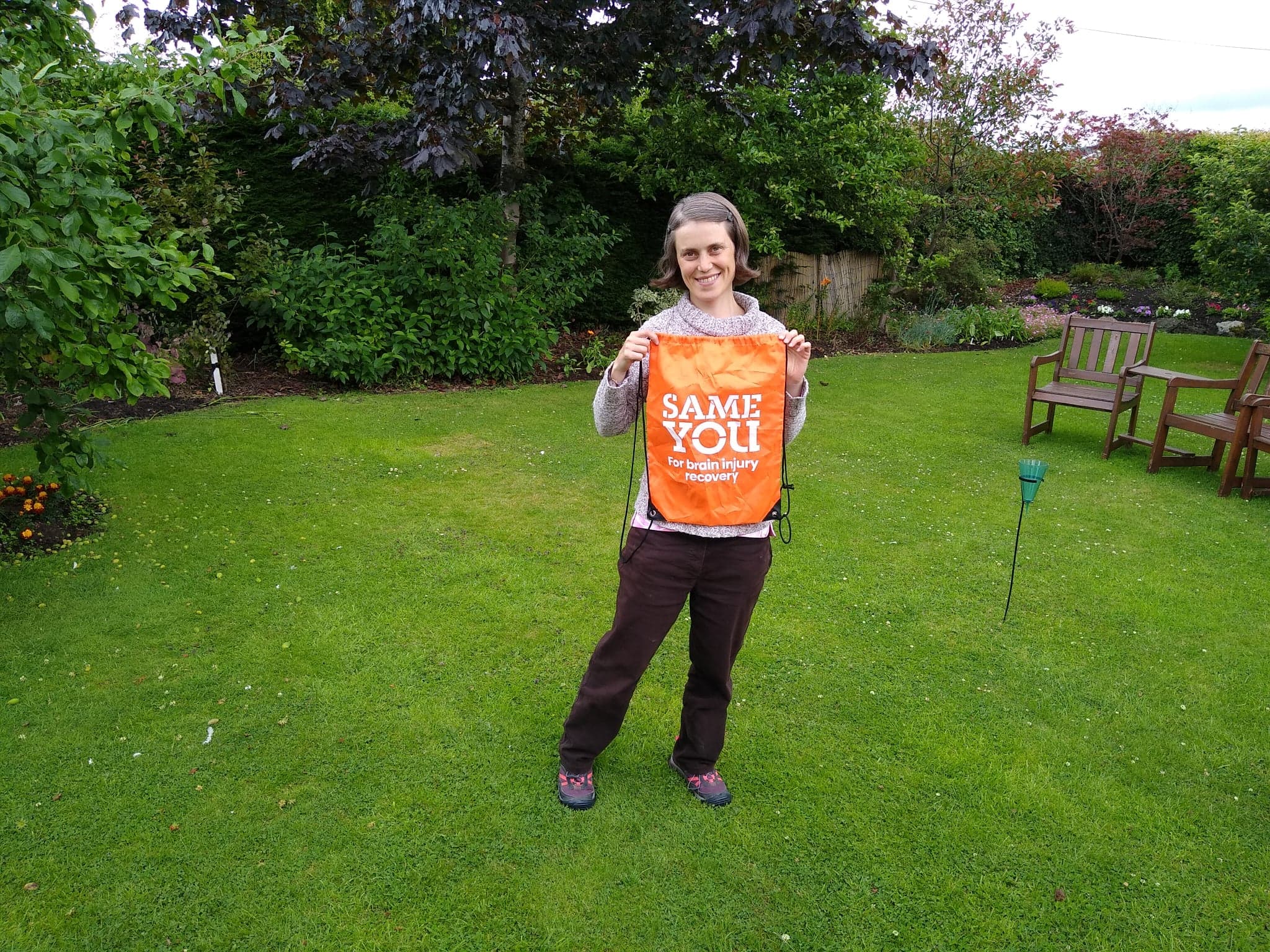 I've been home for 5 and a half years. I came off the antidepressants after a few months and felt absolutely fine. A few months after that, my friends said the sparkle had come back into my eyes. With the support of a Speech Language Therapist, I got more of my speech back and I was put in a stroke group for 12 weeks, for exercising together. I have more memory loss than I used to, I am often more fatigued and my concentration has dropped. I live with my parents permanently, I can't drive anymore, and have a slightly-dodgy foot that needs at-home physio four times a week.

How I am moving on from my strokes

I volunteer in two charity shops, and now have a part-time job from home. I have been on a couple of holidays by myself. I do lots of walking - about 2.5 hours a day. I have phoned other stroke survivors because I was on a scheme for a year to support others. I am also editing three funny children’s stories I wrote which I will be sending off to agents.

What I am the proudest of is that despite struggling with fatigue, I still have enough energy and determination for most things that I want to do.

Despite the fact that mental health problems are quite common after a stroke, I was given no support or advice regarding mental health. I got to the brink of suicide before I sought professional help. This could be vastly improved for future stroke survivors.

Walking support has also been poor. I had orthotics and a couple of appointments with exercises and at-home physio, but I still get pain quite often from my altered gait. Dad semi-solved this by buying me walking poles, but more help would be useful.

My advice to other survivors 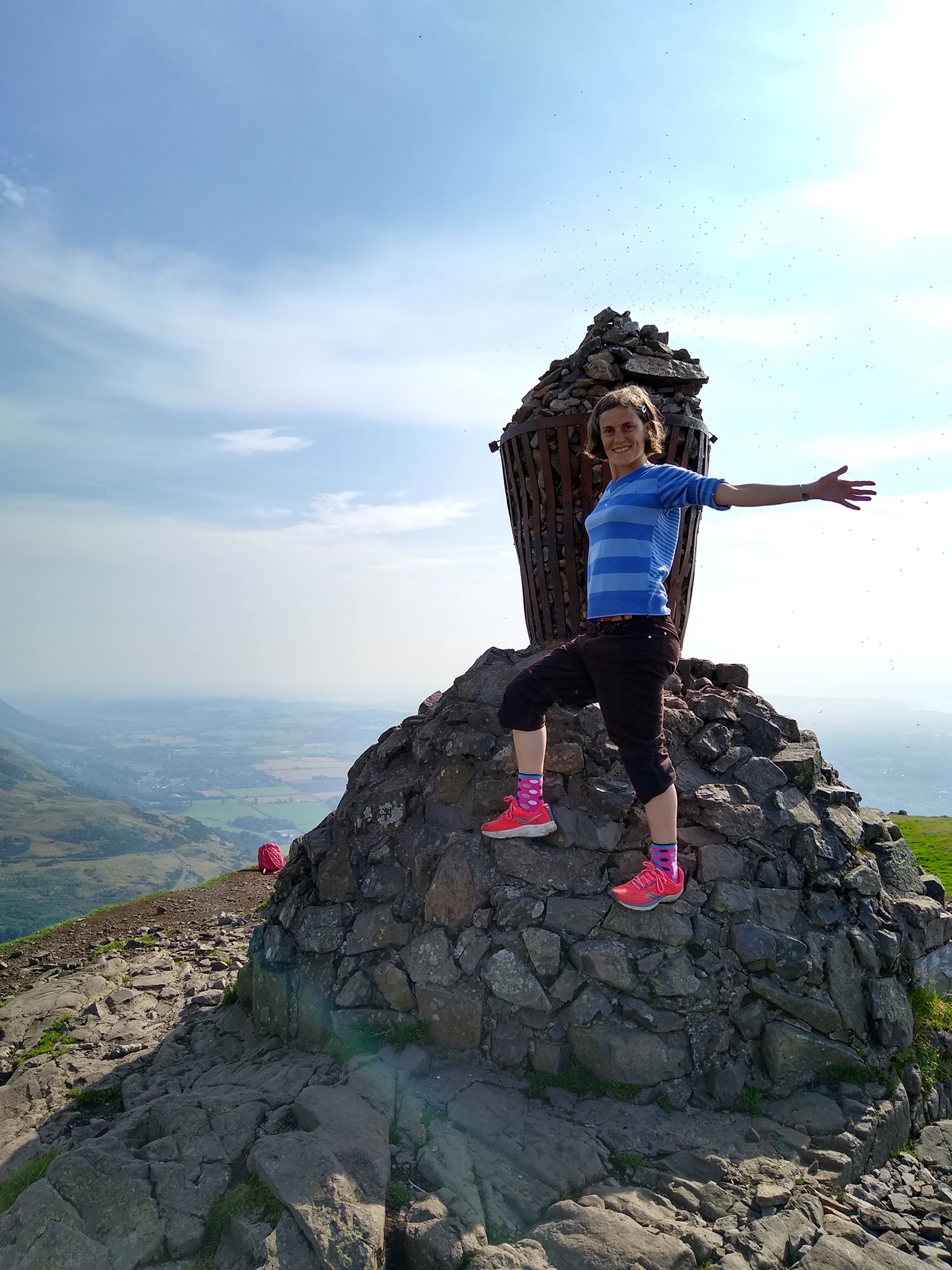 Do NOT give up. Actively look for support. Have a rest if you need to, but never quit. I often think of a song by Mindy Smith: “Highs and lows, that’s how life goes, and little moments shine.”

Bad stuff happens to everyone, but so does good. Hang in there, it WILL get better.

Here are two poems I wrote when I was in the mental health unit. They don’t have titles.

Death, I lie prostrate in front of you.

I’m sick of these cat-and-mouse games.

Of the hospitals, doctors, drugs, and needles

That they put in me to keep me from your door.

But the door is wide open.

You have been chasing me my whole life,

From the minute I was born,

And endless cycle, one I wish to stop.

The world is a beautiful place,

But not with you anymore, nipping at my heels.

Take me or leave me, but don’t leave me hanging in this midway zone.

You worried your way into my brain, my moods, my behaviour,

My pre-frontal cortex, the weapon I’ve fought against you for so long.

The doctors took out the clot, but you’re not giving up,

The body you’re hungry for.

Please be nice. My wings are strapped on. I am ready.

And my second poem, which I wrote a couple of hours later:

It whispers in the shadows of my dreams.

It is a kitten; I am its ball of wool.

Doesn’t quite know what to do with me.

So it pokes, prods, plays,

A heart defect there,

Colitis, why not a non-functioning thyroid?

It doesn’t stop there,

Why not a stroke to round it all off?

Bam, right there in the pre-frontal cortex,

Where your personality is made,

Your emotions, your moods, your last remaining tears,

Why not throw them all into the air,

It’s just a kitten with a ball of wool,

Waiting for the perfect moment to pounce.