Brain injuries are misunderstood by so many

I had been experiencing what I would say was a very mild, dull headache for a few days. A bit like a hangover and I couldn’t shift it. I later found out I had suffered a severe ruptured aneurysm. 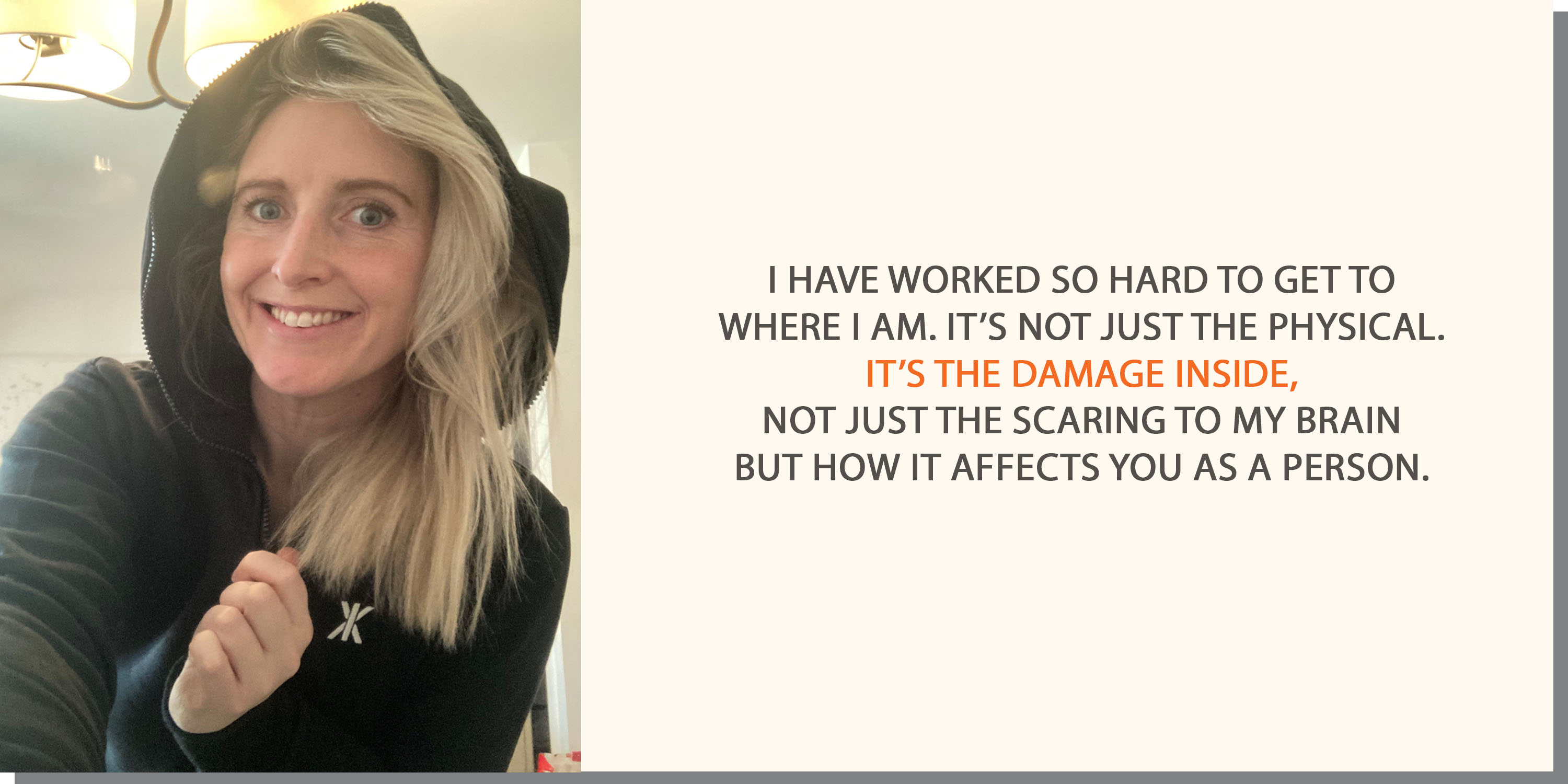 I had been experiencing what I would say was a very mild, dull headache for a few days. A bit like a hangover and I couldn’t shift it. After leaving my parents house with my baby I walked home, put him to bed, took two paracetamol, went to bed myself and tried to soothe my bed head with a warm flannel and an early night.

My son Drew woke me early with his baby chirps and as I came to I was aware I still had the pain in my head. I was mainly annoyed with the fact it was still there. I stretched out and yawned and as I did my ear popped. I had an intense shooting pain in my head. It didn’t subside. I just thought this is now a migraine and I’m gonna need someone to help with Drew. So I called my mum. My mum, like Emilia’s, has been by my side every second of my recovery and I always say she put on her superhero cape that day.

I went downstairs, unlocked the door and took two paracetamol again and wandered upstairs to get my flannel for my head. Mum came and I told her my head was really bad, then I retched over the side of the bed and passed out. I was taken to hospital where they discovered it was a severe ruptured aneurysm. I had a subarachnoid haemorrhage.

At first I was left to see what would happen. Then during the night I had a re-bleed. My husband who works at sea was called to come home. I couldn’t have my aneurysm coiled because of where it was so I had to have it clipped. My husband Scott was told this was the only option to save my life and even then there was only a 30% chance I would come out alive. 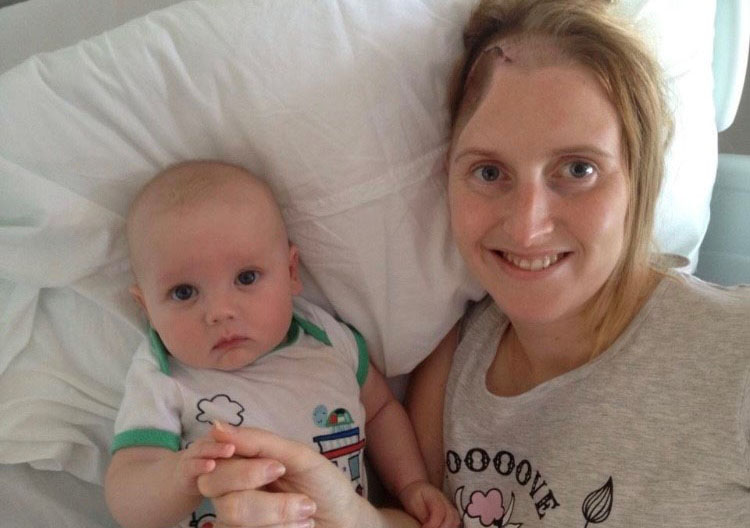 I had a huge part of my skull removed and the offending aneurysm was clipped. That bit of skull got chucked in the bin and I was left with a very unattractive half a head, which I had for over 6 months.

I eventually could breathe on my own, learned how to swallow again and had to learn how to talk and walk again.

I worked so hard in hospital rehab so I could get home to my boys. As soon as I could do stairs I could go home. I did stairs.

But home is where the hard work, frustration, fear and challenges really began. No one prepares you for this part. You or your family. It’s the most scared and alone time I felt.

Six months later I had surgery to replace the part of the skull removed. Terrifying! Head shaved again, scar opened again. Two weeks after surgery while I was having a bath, I suffered a seizure. This was unbelievably scary. I passed out but luckily my husband was home. He heard my splashing and lifted me out of the bath. Now I take anti seizure medication. 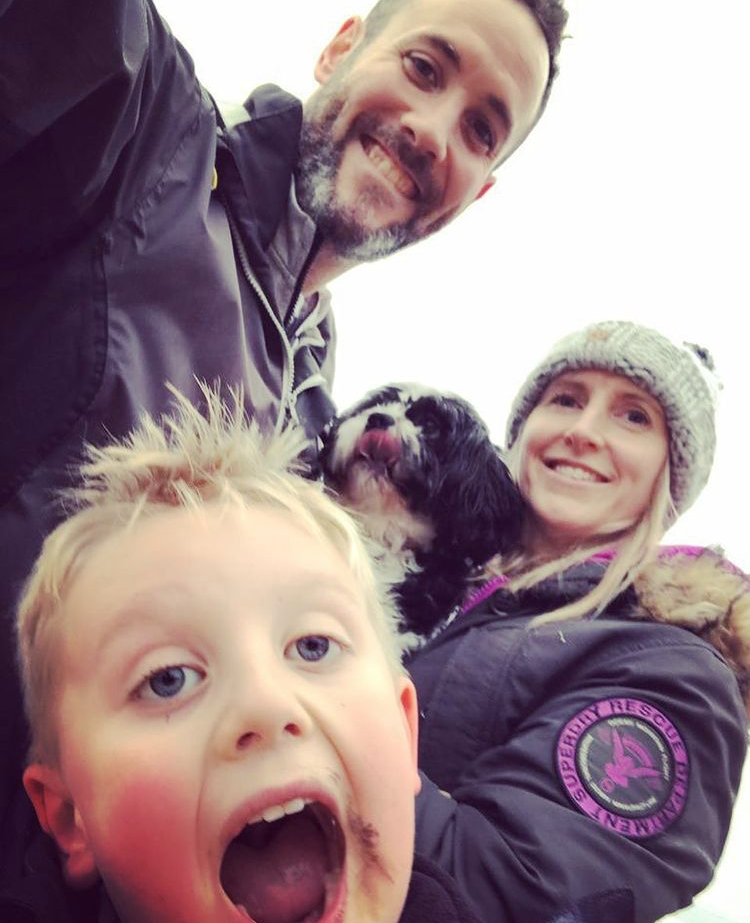 I have had seven plastic surgery operations over the past seven years to try and restore structure. I have faced many challenges but none bigger than becoming a mum to my son. I have worked so hard to get where I am.

It’s not just the physical. It’s the damage inside, not just the scaring to my brain but how it affects you as a person. “You’re back to normal now” is what some say. It’s misunderstood by so many and there is little support after leaving hospital. There is a need for more awareness so that everyone has a better understanding of what a person goes through after a brain injury - the symptoms are not all visible, as well as an urgent need for more support.